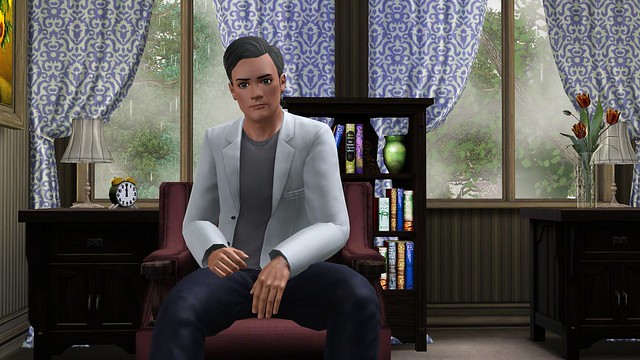 That’s alright. I’d like us to try for a happy memory today.

Finding out I was pregnant. I kept feeling nauseated and tired, unable to focus on anything. I knew, without even having to take a test, I knew and I spent a few weeks just thinking. What would I do? Would I keep it?

Then my grandmother called and said she wanted to meet Kieran and that I was to bring him to Lucky Palms the following week. You don’t say no to my grandmother. I did that once, it’s how I ended up dancing at that club.

So I told Kieran, who agreed to meet her. Grandmother was the very first of my family and friends that he met. We’d been together about…three months then?

Anyway, I made an appointment to confirm the pregnancy and get a sense of how far along I was. Eight weeks. Hearing Colin’s heart beating on that monitor made me so giddy!

When I told him, Kieran looked shell shocked and I was worried that I’d read him wrong. For a second I thought he’d be angry. But then he asked me to marry him. He said he wanted to be there for me. He wanted us to be happy and that he’d take care of me.